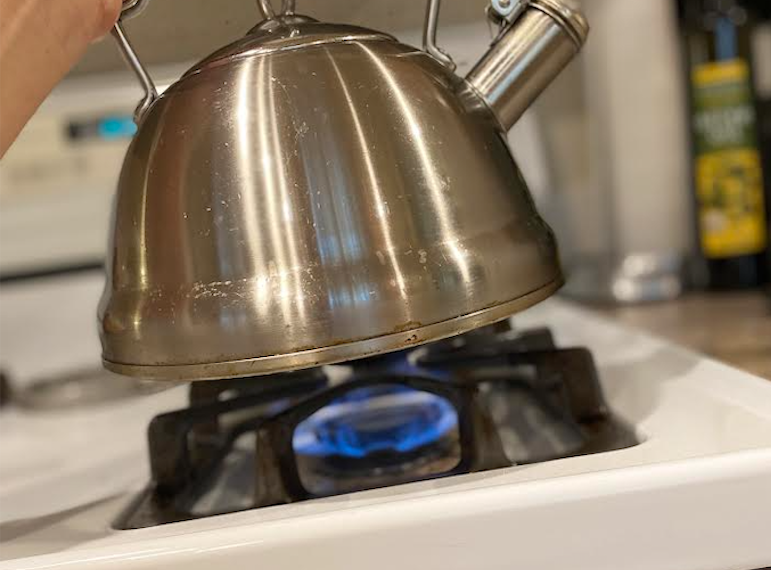 By now, anyone paying serious attention to what is happening to our climate and ecosystem (global life-support,) as well as to the economic nature of finite extraction resource supplies being played out, knows that we must move away from burning things for energy. Poor air quality, catastrophic climate change, and peak resource availability are all major downsides to our reliance on fossil fuels. This includes burning natural gas.

In January of 2019, the city of Berkeley California became the first American city to ban gas lines going into new construction. The City of Seattle followed suit, in a more limited way, banning gas lines going into commercial buildings and apartment buildings taller than three stories. These regulations are a response to the obvious truth that we must stop burning fossil fuels as soon as possible.

So why are we still cooking with gas? This is, in part, because we don’t yet have the clean energy capacity to simply stop. The renewable energy infrastructure required needs to be built out, even in the Northwest which has had clean hydropower for around 130 years. Also, since so much of our built environment is hooked up to sources of natural gas for heating, hot water, and cooking, the transition will be daunting. However, at least we can begin to stop adding to this latter issue even as we move to solve the clean energy supply challenge.

Natural gas is mostly extracted now – largely because it is becoming scarcer and scarcer – using the technique of fracking. This process is well-known to contaminate water supplies with undisclosed chemicals, produce earthquakes in areas with little natural seismic activity, and release massive plumes of leaking gas that are barely even monitored, let alone mitigated. It is delivered through pipelines that can leak (or even explode) or transported in vehicles that can crash and, at best, are burning even more fossil fuel in the process – including driving back empty to get more. And methane is notoriously a more powerful (though shorter-lived) greenhouse gas than carbon dioxide by an order of magnitude.

Natural gas emits carbon dioxide when used as intended. This is the best-case scenario. And in buildings, except largely for the use of outdoor grills and patio heaters, this is happening inside. It’s clear that burning natural gas not only adds to our carbon emissions, but also to the degradation of our indoor air quality.

With the efficiency and affordability of mini-split ductless heat pumps, infrared radiant heat, and heat pump water heaters and dryers, putting a central gas furnace, boiler, water heater, or dryer into a new building seems an obvious mistake. This is especially true as they are rapidly becoming obsolete. But because of a popular perception (not sufficiently substantiated by fact,) that cooking with gas is best, people still want gas ovens and ranges.

We need to take natural gas off the table and out of the kitchen entirely.